I promised to share some photos from our trip to the west coast last weekend so here is the first installment.
We camped near Oban at Gallanach which is just a hop and a skip across the sound from the small island of Kerrera. Since the weather was lovely and the ferry across to to the island was just a short walk from the campsite, we set off for a day out adventuring round this very green looking island. 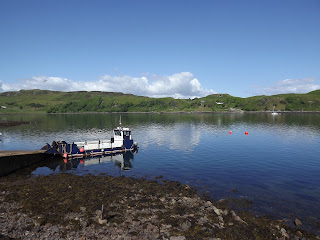 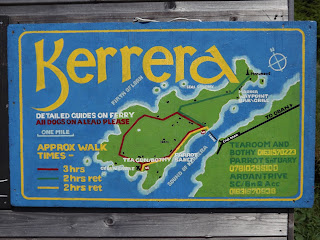 We took the red route around the island and went clockwise giving us beautiful views back across the sound to the mainland. 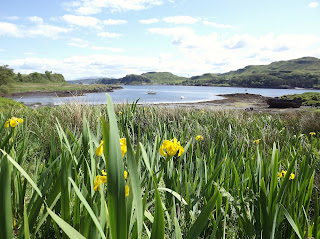 Horseshoe Bay
We met sheep everywhere!
This wee family were sheltering in the hollow as we came around a corner. I don't think they were very comfortable with us being in such close proximity but they weren't for giving up their shady spot either so they put up with being photographed. 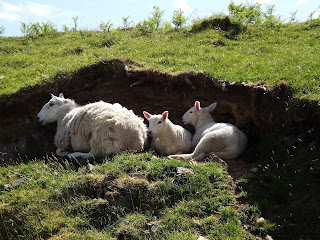 At the southern tip of the island there is this lovely bay looking south to the Isle of Seil and beyond to Scarba, Luing and Jura. Gylen castle dominates the view.

The castle was built in 1582 by the Clan MacDougall. It was only occupied for a relatively short period of time as it was besieged then burned by the Covenanters in 1647 during the Wars of the Three Kingdoms.
In May 2006 a restoration of the castle was completed with grants from Historic Scotland and money raised by worldwide members of Clan MacDougall. 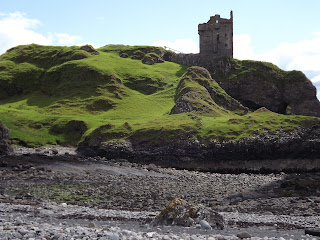 We enjoyed spending a bit of time here, eating our picnic, climbing up and down the hillocks and peering into rock pools. Should have got some good rock pool photos but I was too engrossed in the views. 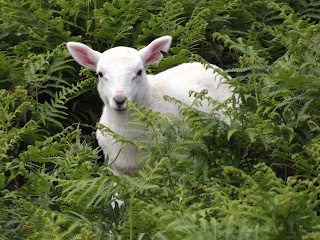 The lambs definitely seemed more chilled out the further round the island we trecked. 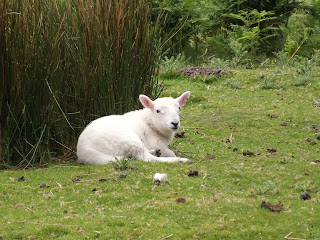 Here is a classic Hebridean scene with the sheep on high ground and the Cal Mac ferry in the distance. 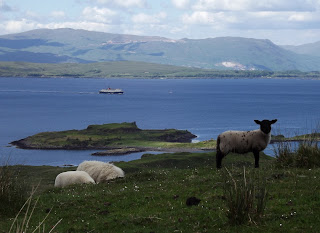 As we climbed higher from the west side of the island, up over the middle, I noticed a lot of sheep fibres stuck on the dry stone walls. Reminded me very much of the woolly walls in my felt pictures! 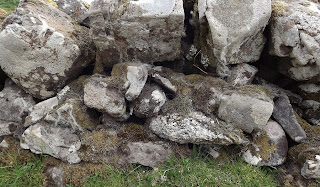 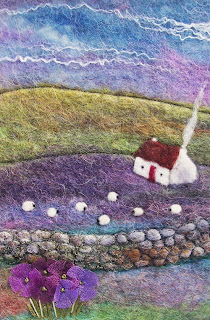 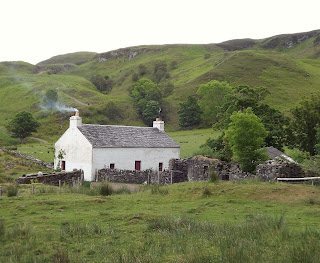 And this one at the sheep farm heading back down to the jetty. 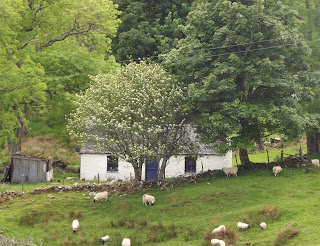 Looks really peaceful doesn't it? But the noise from bleating sheep here was deafening! Amazing how each bleat and baaa sounds different though. 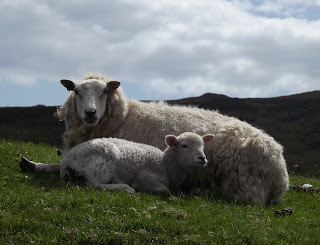 Came across a few oddities on our walk as well.
I liked the squares within squares here and the textures in the peeling paint. 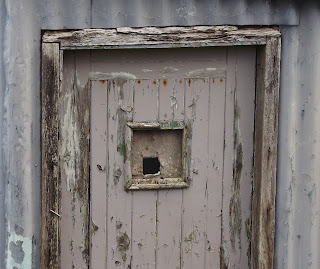 And a nice bright blue with a touch of rust is always a pleasing combination! 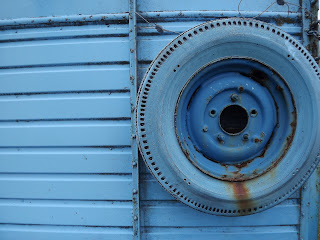 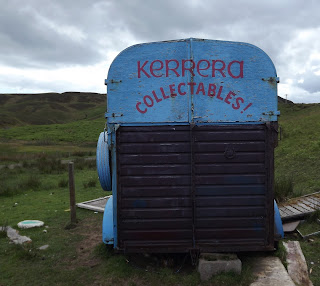 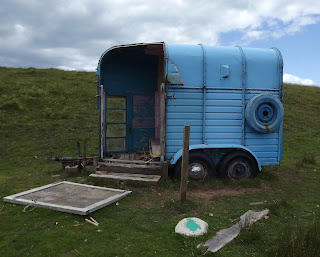 This old horsebox seems to have been a souvenir shop at one time. 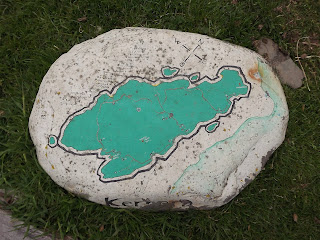 All in all we enjoyed our visit. New inspiration has been gathered and happy family memries made.

When I saw this sunset I'll admit that I felt rather hemmed in and would have loved to have been out on Iona or on the south west tip of Mull. I do love looking out to the open sea, with waves crashing in and that feeling of being on the edge of the world.
The main reason for going to Oban though was so I could drop new stock off at the gift shop Room 15. I'll share some photos from there in the next post. 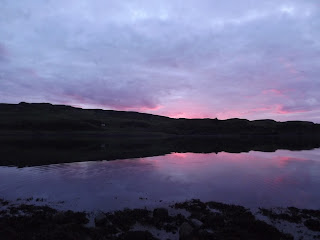 The Makers Market on Saturday was great. I met a few fellow Open Studio artists which was nice and a busy day was had.
Next event is Falkland Street Fair on Saturday 23rd June so if you are local be sure and put that in your diary.
Posted by Aileen Clarke Crafts at 13:37